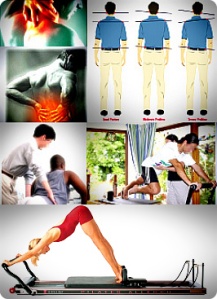 Health in BALANCE ChiroPilates Center Since 2004~

To be more Safe and Preventative !  Only by an Appointment, 1 on 1 Tailored specific program without unnecessary contact, No group, No waiting !!,

Balanced Functional Beautiful body that is Pain-Stopped properly movable and normally innervated through our spine to total of the body can be activated fully and efficiently.

My Seoul Chiropractor…..found his card!

Apparently finding an English speaking chiropractor in Seoul is, depending on what part of the city you live in, sometimes difficult.  So…..lucky readers!  I’ve got two items of information here about my Seoul chiropractor that you’ll be able to use.

First of all…….I found his card and I’ve got some names and landmarks to point out that’ll make it much easier to find him (Dr. Park S Woo (Andrew) chiropractor in Seoul).

Secondly, I found a great article that discusses the difference between chiropractors and physiotherapists.  I’m going to paraphrase it here(below) because I thought it was informative.

There’s a lot of other types of medical/therapeutic practitioners in Seoul who do something that’s sorta like chiropractic care and I think it’s important that people, like you and me, who want ‘real chiropractic‘ get exactly that.

Personally I think it’s important to find and stick with somebody who’s actually trained specifically in the profession and art of chiropractic care.  If somebody’s going to be jerking around on my weary bones, I want them to really know what they’re doing!

He answers his phone personally so don’t hesitate to call.  When you call, ask him if ‘Art’ (that’s me) is there.  It’s sorta a game….if I’m there he’ll give you a free piece of candy or a ballon or something when you come in for your appointment.

Remember……it’s Exit 10 of the Gangnam subway station.  Walk down to the corner.  You’ll see a woori bank.  You see’em other places in Seoul too so maybe you know the st I’m talking about.

Anyway…..there, you take a left.  Actually, from that point you’ll be able to see his building.  It’s on the other side of the street, slightly diagonally to the right, down about 100 yards or so.  They’re putting in a brand new convenience store on the corner next to his building.  It’s a family mart or CU mart, I think.  and also GS Mart on 1st floor of his building, I noticed it two weeks ago.

Chiropractors and Physiotherapists both assist their patients in improving their ability to move and function but many people get the two professions confused. Actually, even though there is somoe overlap between wheat they do…..they’re not the same at all.  Going to one when you need the other could be a big mistake.

First of all……their education and training:

I do know that the profession of chiropractic care in Korea is much less influential in Korea compared to other countries. In Korea as in most Western countries, the practice of chiropractic isn’t as highly regarded and ‘tradional’ medical techniques (i.e. drugs and surgery).

In fact, Korea is one of only two countries that make it very difficult for somebody to practice chiropractic treatment.  There’s several ‘hoops’ a chiropractioner has to jump through and that’s one of the main reasons why it’s not easy to find an English speaking chiropractor in Seoul.

Well, it’s just my opinion but I think it’s because Western medical techniques are not native to Korean methodogy. They didn’t used to do things that way. So, when Korea began to adopt western medical practices they went with the ‘center-mainstream’ of medicene in the Western world……..read ‘drugs and surgery’.

And, as ‘we’ all know……chiropractic still isn’t fully appreciated by many medical doctors even in the US, Canada and UK (yeah…..stupid!) so naturally the prejudices of their medical establishments got established over here (in Korea).

There’s a lot more money in drugs, medical equipment, hospitals, insurance and surgery than in something as simple as laying on a table and having someone do a spinal manipulation on you.  That’s my opinion.

A Chiropractor offers his patients pain relief through various types of physical manipulations, primarily on and around the spine, which increase beneficial nervous system function and thereby tends to relieve pain.

In some cases, the patient has a problem which can be corrected and he/she never has to comes back to the chiropractor.  In other cases, perhaps like mine, the patient may have some condition which defies permanent correction but which nevertheless can be mitigated by frequent chiropractic treatment.

In all cases however, the good news is that chiropractic treatments are still a lot less expensive, easier and cheaper than the drugs and/or surgury that most tradional doctors would recommend.

A Physiotherapist of Physiotherapy services his patients through a variety of methods but mostly through training and helping the patient achieve ease and efficiency of movement and motion.  As the patient becomes more proficient in using his/her limbs and muscles, the need to see the phisiotherapist presumably decreases.

If I may use an automotive analogy………

“The phiosiotherapist will teach you how to be a better driver. The chiropractor will help get your vehicle back into ‘showroom condition’.”

Physiologists Physiotherpy do not believe that everything can be cured through spinal alignment and, I think that literally speaking they’re probably correct.  But that’s a decision me or you, the patient, has to make themselves.  I much prefer taking the chiropractic option first.

I think the biggest difference is that chiropractors tend to look for the underlieing causes of pain whereas physiotherapists treat the specific injury that is troubling the patient while doing what he can to reduce the patient’s pain.

The differences lie in how an illness is addressed. If your problem is spinal related, it seems to me that a chiropractor would be your best bet because they’re better qualified to tackle the main problem.

Here’s a link to a very interesting discussion of Chiropractic science and care on Wikipedia. I’ve also found that there’s a lot of excellent videos about chiropractic care and treatment on YouTube. Check it out.

And in the meantime, I highly recommend my chiropractor in Seoul, Dr. (Andrew) Park S Woo . U.S licensed and RMIT(Royal Melbourne) graduated. He’s easy to get to, reasonably priced and has the knowledge and tools to, most probably, help you.  It is one of good information for expats living in korea also.